On Sept. 26, three days before Citicorp announced it would buy all of Wachovia’s banking subsidiaries, the Missouri Housing Development Commission voted to increase low-income housing credits for the conversion of the historic courthouse at 811 Grand Blvd. into 176 affordable rental units plus specialty office and retail space. The credits will go to The Alexander Co. of Madison, Wis., whose $37 million renovation proposal was selected from three submitted to the U.S. General Services Administration two years ago.

The Missouri Development Housing Commission approved The Alexander Co.’s request for $1.15 million of federal low-income credits and $700,000 of state low-income credits for the project in August 2007. But Matt Meier, Alexander’s development project manager, said more credits were needed after Wachovia backed out as the project’s federal credit syndicator earlier this year and the market for equity investment subsequently deteriorated in the worsening credit crunch.
During its Sept. 26 meeting, the commission unanimously approved Alexander’s request for $1.19 million in federal credits and $1.1 million in state credits — an overall $440,000 boost for the project.
That’s far from all of the assistance being heaped on the project, which will preserve a nine-story structure where President Harry S. Truman had an office for many years.
Brad Scott, regional administrator for the General Services Administration, said the agency hopes to convey the title to the courthouse site to Kansas City’s Planned Industrial Expansion Authority during the week of Oct. 6. Because the National Park Service has approved the conveyance through a historic monument program, the building will be transferred at no cost to the PIEA and it will enter into a long-term, no-cost lease with The Alexander Co.
In addition, the PIEA has approved a 25-year, 100 percent local property tax abatement for the project.
Even so, Meier said, the project continues to face financing hurdles, and thus he didn’t want to commit to a construction timeline.

“Alexander specializes in historic buildings,” the GSA’s Scott said. “But when you have a building of that (1939) vintage, it’s complicated and expensive and risky.”

Kathryn Watts, a spokeswoman for the Missouri Housing Development Commission, said that body did its part because “the structure is a very significant vacant property in a key redevelopment area of the city” that will complement Downtown’s new $850 million Kansas City Power & Light District.
Meier said the project also will help fulfill strong demand for apartments and affordable housing in Downtown.
Alexander bought and renovated a former office building at 1103 Grand Blvd., which reopened as the 132-unit Professional Building Lofts apartment project in 2006. The project is more than 95 percent leased, Meier said.
The company also owns the six-story former Gate City National Bank building at 1111 Grand Blvd., where a boutique hotel conversion has been considered, and is working on demolition of the blighted 500-space Shoppers Parkade garage at 11th Street and Grand Boulevard. The city’s Land Clearance for Redevelopment Authority used a $2.5 million federal grant to help buy the garage in 2002 and leased it to The Alexander Co., which used some of the parking revenue to help finance the Professional Building Lofts project.

“We think downtown Kansas City has a lot going for it, but it needs to continue to build on its successes,” Meier said. “We think the 811 Grand courthouse project will help do that.” 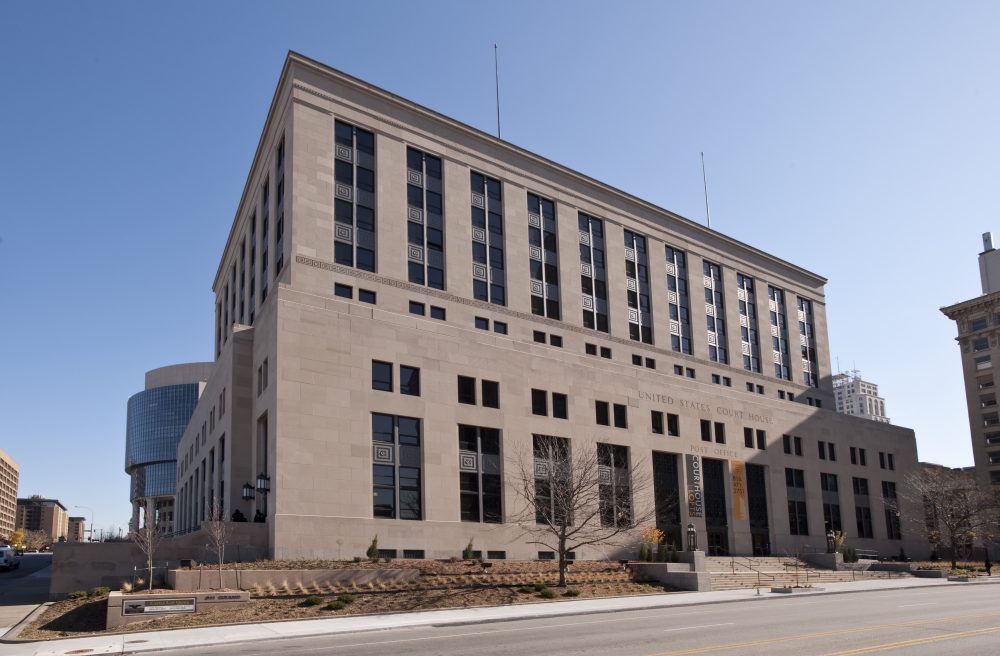