After sitting vacant and unused for more than 20 years, Danville’s White Mill was the center of attention and activity last week as ground was officially broken to announce its future as the newly renamed Dan River Falls.

City officials and those with The Alexander Company took center stage to reveal the former mill’s new name and usher in the future for the building that once boasted the iconic sign, “Home of Dan River Mills.”

The 550,000 square foot former mill, with its distinctive reinforced concrete construction, is to be turned into a multi-use property with 150 workforce apartments, office, retail, and parking to complement the growing River District as well as Caesars Virginia on the other side of the city in the Schoolfield area.

The first phase of the project, which includes the housing, commercial space, and parking, is expected to be completed in the third quarter of 2024 – around the same time that Caesars Virginia is expected to open.

“This is going to be one of the most exciting years that the City of Danville, I believe, has ever seen in the history of where we are today,” said Mayor Alonzo Jones.

The new name reflects the name of the first settlement that became Danville and it was located on the site of the White Mill.

Jones read a proclamation about the White Mill’s transformation as “one of the last remaining physical expressions as Danville’s role of a textile manufacturing powerhouse.”

Jones said the day, Thursday, January 12, is to be named Dan River Falls Day in the City of Danville.

This article was originally published by Chatham Star Tribune. 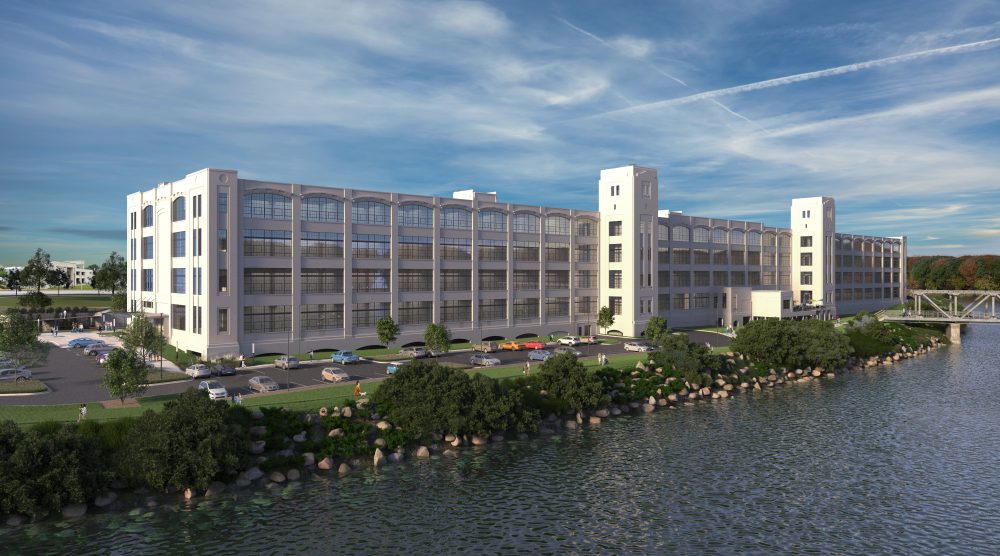